In 2017, UNFPA, UN WOMEN and UNV in Sri Lanka developed together a joint UN project on the “Participation of Youth and Women in the Peacebuilding process” that was eventually approved and funded by UN Peacebuilding Fund and UNV SVF and that is currently under implementation. This project seeks at empowering women and youth with a greater understanding of peacebuilding issues and aims at catalyzing their participation and engagement in governance and decision-making processes and responses related to sustaining peace.

This project is particularly important as although Sri Lanka has ended a 30-year civil war, there remains unresolved issues of psychological trauma, sexual violence and misunderstanding between different ethnicities.[1] The project is part of the support provided by the UN in Sri Lanka towards the government’s Peacebuilding Priority Plan (PPP) which serves as the “framework for a coordinated, government, UN, and other stakeholders response to secure lasting peace in Sri Lanka”. [2] The PPP has recognized youth to be meaningful and empowered agents of transformative change, and as contributing towards a culture of peace. 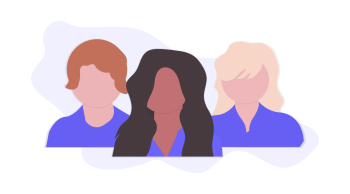 Promoting peace in Sri Lanka through training, dialogue and outreach for peacebuilding with youth, youth groups and volunteer organizations including psycho-social support Innovative training approaches, including the use of inter-group dialogues, will be used in order to promote the better understanding of the issues related… 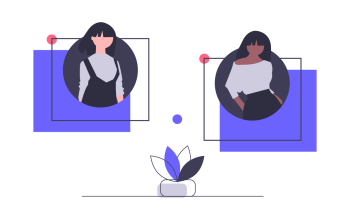 National advocacy on the role of youth in peace building demonstrating youth as positive agents of change Young Champions for Peace will be identified through the project’s outreach activities and promoted through a variety of media channels. The V-Awards which will focus on the inter-linkage between… 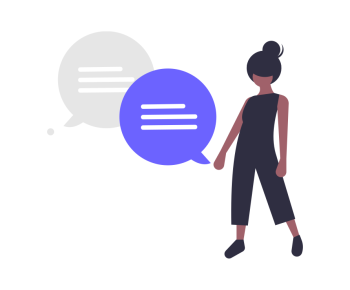 Conduct pre and post monitoring and evaluation of the capacity building programmes of youth-led and youth-focused organizations and the youth leadership training, in peacebuilding and decision making processes Leveraging on volunteer networks the project aims at setting up an infrastructure for citizen monitoring within youth-led… 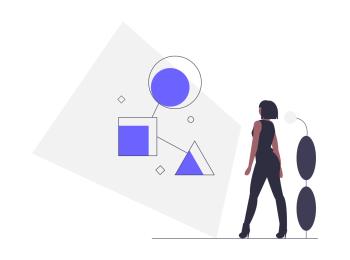 Financial and technical support to catalyse innovative initiatives led by youth in support of peace It will focus on supporting youth, youth groups and volunteer groups to translate their understanding and ideas into action. It will include seed funding to support the piloting of originals… 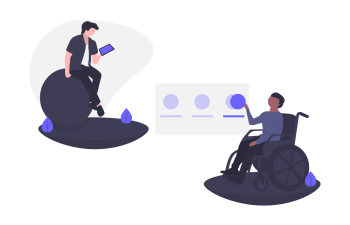 In the post-conflict environment, although over the quarter of the population is below the age of 29[1], young people have been left at the margin of setting up the nation’s peacebuilding and development agenda in Sri Lanka[2]. On 9 December 2015, the UN Security Council adopted anonymously Resolution 2250 on Youth, Peace and Security (YPS) – dedicating, for the first time, a full resolution to the positive role young people can and do play in conflict prevention, peacebuilding and the prevention of violent extremism. This project seeks at empowering women and youth with a greater understanding of peacebuilding issues and aims at catalysing their participation and engagement in governance and decision-making processes and responses related to sustaining peace.

#Youth4Peace, the Training of Leaders on Youth and Peace
Under the overall project, UNV is responsible for a specific output on strengthening the capacities of youth-led and youth-focused organizations to engage in peacebuilding processes/including UNSC Resolution 2250. To that effect, the team has developed a capacity building programme that consists of three phases: (i) four residential Trainings of Leaders (ToL) on youth and peace in the project location: Eastern, Northern, Central, and Southern Provinces, (ii) Multiplying Youth and Peace Initiatives in the Community; and (iii) Advocacy efforts towards youth and peace.

Since March 2018, 93 youth leaders have been trained through Youth4Peace, non-formal methodology and learning and with a competences framework development that include strengthening knowledge (such as peace, conflict, violence, conflict escalation and management and gender among other), skills (project development and community mobilization) and values (nonviolent communication, empathy, respect to diversity and tolerance). The trainings have been delivered by young peacebuilders themselves in Sinhalese and Tamil and counted with the support of partners such as UNFPA, UN Women but also the different provincial councils and the youth, peace and security coalition in Sri Lanka.

Some quotes from participants to the training of leaders on youth and peace:

“The best part (of the training) was that we were able to see other cultures in a different perspective. I genuinely feel I am a better person than yesterday.”

“The training was very well organised and everything went very smoothly. I have never attended a workshop before like this with activities and even ice breaks relating to the next session to take place.”

These trainings have been crucial in empowering young people in engaging in peace initiatives in Sri Lanka and most important in providing young people with a safe space to express themselves, to learn and interact with other young people from different ethnicities and religions. UNV Sri Lanka is committed to value and young people as positive agents of change and crucial partners in building peaceful communities and supporting democratic governance. Moreover, youth volunteerism promotes civic engagement and active citizenship, solid building blocks for peace. 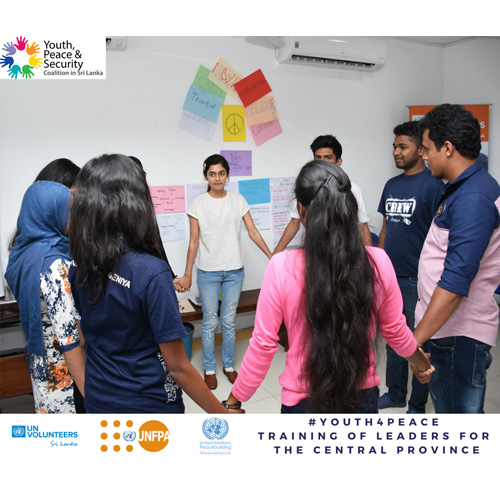 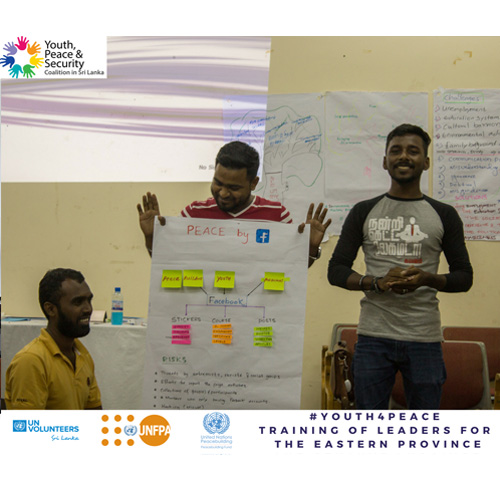 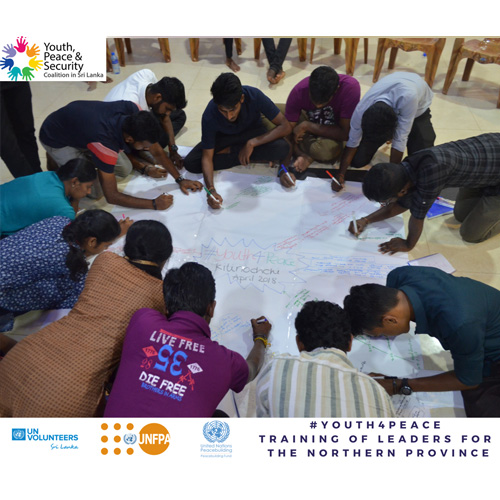 Virtual Student Round Table on Youth & Peace
A virtual student roundtable, on youth and peace in collaboration with the Akita International University and Sabaragamuwa University, was held from the 21st to 22nd February 2018, at the Sabaragamuwa University. This Intercultural virtual dialogue between students from Akita International University and students from the Sabaragamuwa University was conducted via Skype and facilitated by the UNV Peace Building Fund project. The objective of the event was to raise the awareness of the participants towards peacebuilding and enrich the knowledge of peace building amongst the students, both Japanese and Sri Lankan. The project sought to broaden the intercultural perspective of the students and strived to develop a mutual understanding between them.

The Virtual Student Round Table on Youth and Peace was planned, facilitated, and implemented by Mr. Takashi Kogoma, a UN University Volunteer from Japan, with the support of the UNV PBF team that included, Mr. Ishtartha Wellaboda, Mr. Darshatha Gamage, and Ms. Sooji Han.

On the first day of the program, after the presentation as to the Agenda 2030, the SDGs, UNSCR2250 Youth, Peace and Security, the participants discussed a topic, “What does peace mean to you?” Students found out differences in the definition of peace in each country. On the second day, a cultural presentation was conducted from each country. After the presentation, the participants discussed “peace building by youth”, which enabled them to find out how they can contribute to create the sustainable peace in each country.

The ‘Virtual Student Round Table on Youth & Peace’ intercultural dialogue was fruitful. We believe that it will have a positive impact on youth, foster mutual understanding, and encourage them to take steps to address hostility towards ethnic minorities. 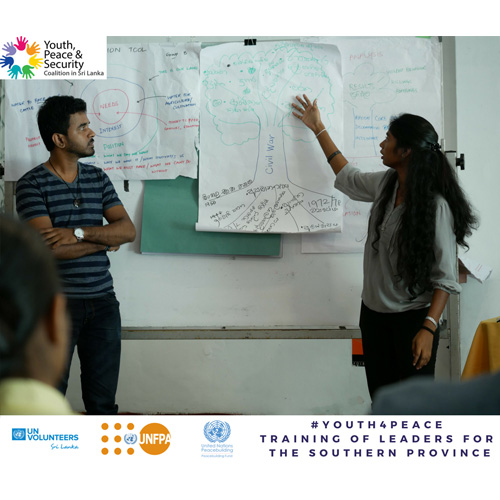 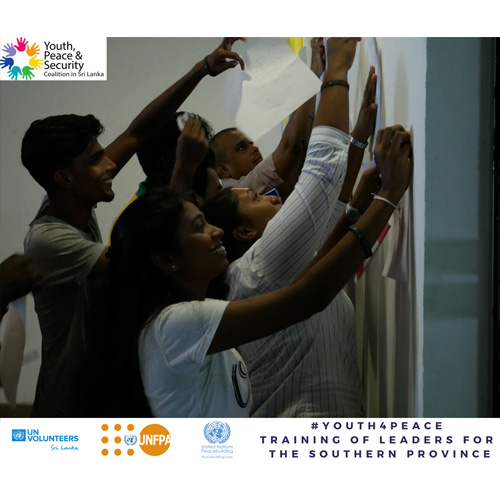 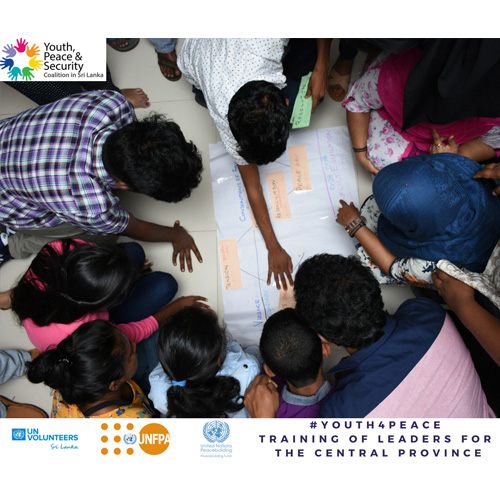 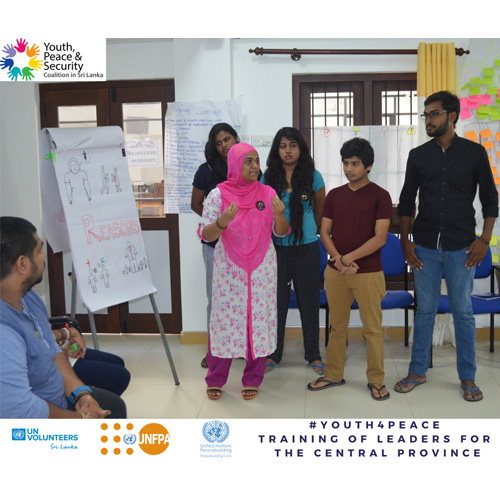